WHY INDIAN CRICKETERS ARE SO RICH?. 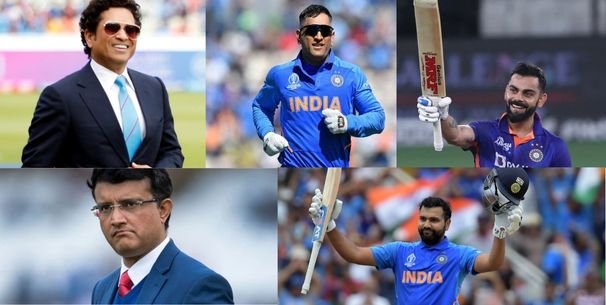 why indian cricketers are so rich are living lavish and classy life with their comprehensive admiration, love, brilliant fan base and large fan following in various social media such as Twitter, Facebook and Instagram and BCCI which is the richest cricket board in Asia is also responsible. This glorious life of team India cricketers happens because in India Cricket is Religion and Fans do idol worship of their favorite cricketers such as:- Virat Kohli, MS Dhoni, Sachin Tendulkar, Rohit Sharma etc. Their worldwide acceptability, appreciation and highest prestige make them more wealthier full with respect.

Sachin Tendulkar is the god of cricket because of his dedication, devotion, hard-work, serving his nation for successive 24 years with his solid as a rock will-power, zeal, stamina and confidence for sustaining in international cricket for long term. So, he got utter respect and fame across the globe, this has led to increase the income through BCCI Generates Money when he was a player , Brand Endorsements in advertisements, huge fan following and large amount of finance got him externally like:- Public Awareness Advertisements and from his social media accounts also. Therefore Sachin Tendulkar is rich and living classy life. His annual Income is 1110 Crore Rs.

HOW MS DHONI IS SO RICH AND LIVING POSH LIFE?

Ms Dhoni known as captain cool is the greatest finisher India has ever produced and of all time. He is best wicket keeper across generations in cricket fraternity and cricketing legend. His Captaincy especially in limited overs format including:- ODI and T20 International Cricket was very innovative and solid which has led to win 3 ICC trophies for India and has become most successful Indian Captain. He is master strategist in International Cricket and IPL franchise Cricket has driven by BCCI to provide him large amount of money from IPL and International Cricket respectively. His aura is so great in Indian Cricket that from various sources other than International cricket such as brand advertisements, IPL franchise and most successful team CSK captain, huge amount of fans and large fan following has made him more rich and wealthy. Annual Income of him from brand endorsements and IPL is Rs 846 Crore.

WHY VIRAT KOHLI,ROHIT SHARMA AND CURRENT INDIAN INTERNATIONAL AND UNCAPPED PLAYERS ARE SO RICH?

Virat Kohli, Rohit Sharma and other Indian International Players increment in their income because of IPL franchises, different teams they play for and their experience at international level is immeasurable which increases the value of Indian International Players and their sponsorship of products, brand value and market value also increases simultaneously because of IPL and International Cricket Experience. The huge Fan following in social media accounts at Twitter, Facebook and Instagram also upscales their income significantly. Uncapped Players got money fame and name from the horizon of IPL [Indian Premier League]. This increases their value as a player in global market platform in cricketing world.