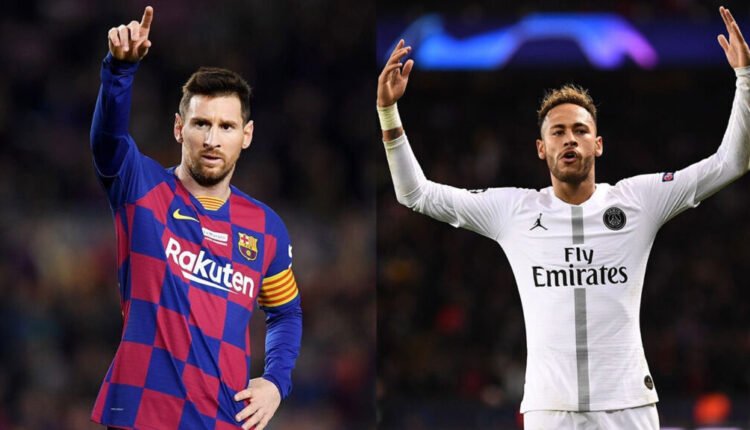 Neymar and Lionel Messi are two of the most electrifying and skilled soccer players in the world. Both players are know for their incredible speed, dribbling abilities, and scoring prowess. While both players are extremely fast, there has been much debate over the years about which one is faster. In this article, we will take a closer look at the speed of both players and try to determine who is faster between Neymar and Messi.

Does Neymar has a slight better speed than Messi?

To begin with, it is important to note that both Neymar and Messi are incredibly fast players. Neymar is know for his quick feet and ability to outrun defenders, while Messi is know for his agility and ability to change direction quickly. Both players have been clocked at speeds of over 30 kilometers per hour (km/h) on the pitch, which is an extremely impressive feat for any soccer player.

However, when it comes to outright speed, Neymar may have a slight edge over Messi. Neymar has been clocked at a top speed of 36 km/h, which is faster than Messi’s top speed of 34 km/h. This difference in speed may not seem significant. But in the fast-paced world of soccer, even a small advantage can make a big difference.

While Neymar may be slightly faster than Messi in terms of top speed, there are other factors to consider when determining who is the faster player. For example, Messi is know for his exceptional acceleration and ability to change direction quickly, which allows him to outmaneuver defenders even if he isn’t the fastest player on the pitch. In contrast, Neymar may be faster in a straight line, but his acceleration and agility are not quite on the same level as Messi’s.

Another factor to consider is the type of game that each player excels in. Neymar is know for his explosive, attacking style of play, which often involves taking on multiple defenders at a time. In these situations, his speed and dribbling skills are crucial in creating scoring opportunities. On the other hand, Messi is a more cerebral player who excels at creating space for himself and his teammates. His speed and agility are more about creating openings for passes and shots rather than simply outrunning opponents.

In conclusion, both Neymar and Messi are incredibly fast and skilled soccer players. While Neymar may have a slight edge in terms of top speed. Messi’s exceptional acceleration and ability to change direction quickly make him just as dangerous on the pitch. Ultimately, it is impossible to determine definitively who is faster between the two players, as both are capable of making game-changing plays with their speed and skill.

Who is the King of Football: Messi or Ronaldo?

WHY INDIAN CRICKETERS ARE SO RICH?.