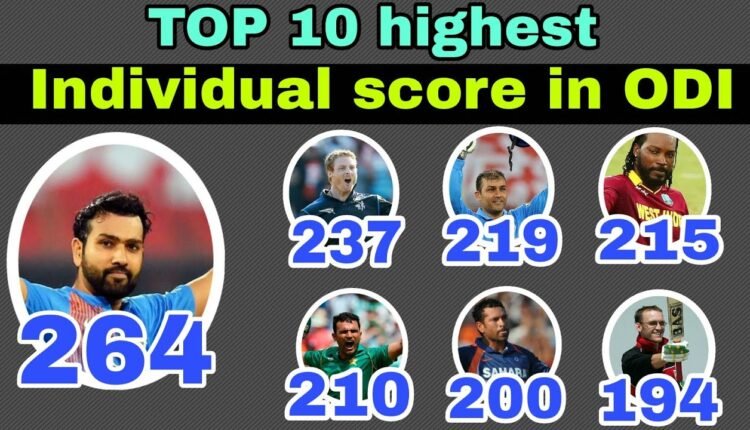 The Top 5 Player, led by the highest score by the No. 4 batter in men’s ODIs. Has generated a lot of attention.

VIV Richard is one of the most destructive player West Indies have ever produced. When he comes out to bowl or bat the player fear the way he bat creates a huge buzz across world Cricket. At NO 4 he scored 189* runs against England at Manchester ground. This record is one of the latest in history of Cricket in the year 31May 1984.

Ross Taylor is one of the most talented player, New Zealand have ever produced. The way he bat it creates a buzz across World Cricket. At No4 he scored 181* runs against England at Dunedin ground in the year 2018 7th March. On that innings he smashed 6 sixes and 17 fours.

AB de Villiers is one of the talented player from South Africa. He is 360 degree player, when he comes out to bat the other player fear because he create a buzz and hit rain of sixes as we seen. At NO4 176 runs against Bangladesh at Paarl ground in the year 2017. He smashed 7 sixes and 15 fours with a strike -rate of 169.23.

Denesh Ramdin is one of the most talented player from West Indies. The way he bats creates a huge impact for West Indies. At NO 4 he scored 169 runs against Bangladesh in the year 2014. He smashed 11 sixes and 8 fours with a strike rate of 139.66. He can accelerate at his pace and can reach the highest score for his team.

Josh Buttler is one of the talented batsman in the current generation. he way he bat creates a huge impact to his team as we have seen in World T20 Semi Final against India. He is one of the strong batsman for England. At NO 4 Buttler scored 162* runs against Netherlands in the year 2022. He hit 14 sixes and seven fours with a strike rate of 231.42.