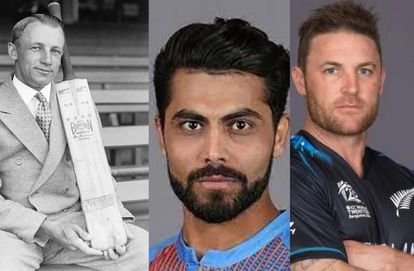 There are Top 5 who batted at NO7 position and Top 5 payers highest Individual score. Scored well and shown their talent and class to World Cricket.

As he was one of the talented batsman in the cricket history. He scored 270 runs at NO7 with 22 fours and with a strike rate of 72.00 against England at Melbourne cricket Ground Australia in the year 1937 1 January. When he comes out to bat he ahs shown his class and the player fear. Don Bradman was one of the top quality player in the history of Cricket.

Denis Atkinson is one of the talented player from West Indies. He has scored 219 runs at NO7 position against Australia at Bridgeton in the year 1955 he hit 29 fours and 1 sixes.

Adam Gilchrist is one of the top quality player from Australia. he scored 204 runs at NO 7. He smashed 19 fours and 8 sixes against South Africa in the year 2002 at Johannesburg. The way Gilchrist plays the other team fears. When ever his team need him he fought for his country by accelerate his game at the top notch.

Brendon McCullum is one of the talented batsman From New Zealand. At NO 7 he has scored 185 runs against Bangladesh at Hamilton in the year 2010 with 17 fours and 3 sixes with an strike rate of 68.01. He is one of the destructive player from New Zealand and creates a space and also accelerate his game very quickly.

He is of the talented player from India. At No7 he has scored 175 runs with 17 fours and 3 sixes against Sri Lanka in the year 20224 march with a strike rate of 76.75. He can turn the ball very quickly and can create a space and take wickets.