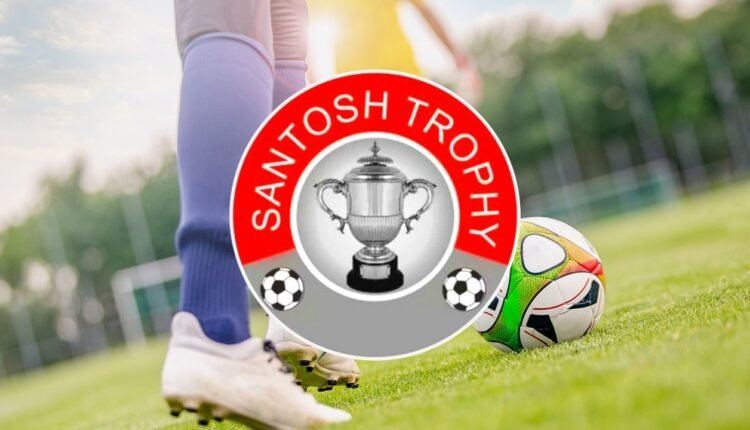 The Santosh Trophy is an annual football tournament held in India since 1941. It is contested by the states and government institutions of India and is named after the late Maharaja Sir Manmatha Nath Roy Chowdhary of Santosh. Who was the president of the Indian Football Association (IFA) in the year 1939. The tournament is organized by the All India Football Federation (AIFF). It is considered one of the most prestigious football tournaments in India.

The Santosh Trophy 2022 is set to be held in the state of Kerala. With matches scheduled to take place at various venues across the state. The tournament will see the participation of over 20 teams from different states and institutions. With each team comprising of players who have represented their respective states in the National Football Championship for the Santosh Trophy.

Where is the Santosh Trophy 2022 played?

The Santosh Trophy 2022 is expected to be a closely contested tournament, with several teams boasting of strong squads. Defending champions West Bengal will be looking to retain their title. While other strong contenders for the trophy include Goa, Punjab, and Kerala.

The Santosh Trophy 2022 promises to be an exciting tournament, with some of the best football talent in the country set to take the field. It is an opportunity for the players to showcase their skills and for the fans to witness some top-quality football. The tournament is also an important platform for the development of football in India, with many young players getting an opportunity to rub shoulders with the best in the country.

In conclusion, the Santosh Trophy 2022 is set to be a thrilling tournament. With several teams looking to lay their hands on the prestigious trophy. It will be an opportunity for the players to showcase their skills and for the fans to witness some top-quality football. The tournament is also an important platform for the development of football in India. It will be interesting to see which team comes out on top and becomes the champion of the Santosh Trophy 2022.

Most Dangerous batsman of IPL