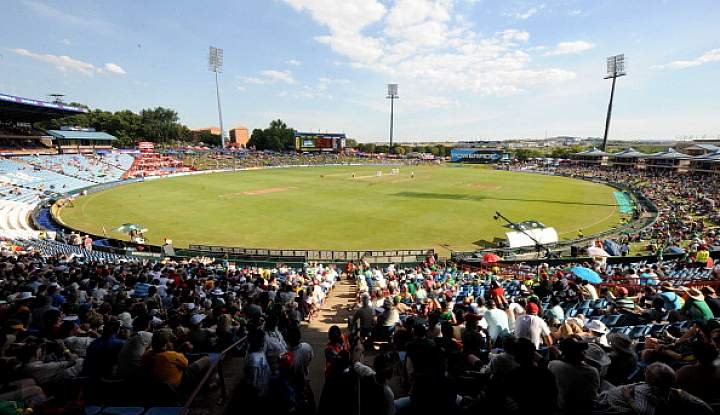 SuperSport Cricket Stadium also known as Centurion Stadium in the Gauteng Region of South Africa. The capacity of Super Sport Park Centurion is 20000 and the stadium ends are:- Pavilion End and Hennops End respectively. This cricket stadium has the floodlights and a happy hunting ground for South Africa in a significant procedure. The establishment and debut game of this stadium was an ODI Game which was India Vs South Africa on 11th December 1992 respectively.

The SuperSport Park Cricket Stadium Pitch Report:- This respective stadium’s pitch typically a sporting wicket as in the recent matches played here. this pitch generally favors more the fast seam bowlers and spin bowlers also batters get value of their shots because of his quick outfield. So, this provides balance and much movement for bowlers because a tinge of grass on the surface provides extra movement, swing and seam to bowlers and batters has to be patient and score runs of bad balls. Therefore, this Pitch generally much helpful for seamers simultaneously and significantly. So, here are the stats of this ground across formats are:-

Therefore, this is the information and stats about SuperSport Stadium Pitch Report.

The Weather in this respective ground generally warmer during morning and afternoon time and cooler conditions at night which is helpful for fast bowlers to generate swing through the air and off the surface significantly. Maximum temperature soars to 32 degree Celsius and Minimum temperature of this respective ground or stadium is 13 degree Celsius. So this is the Weather Information of SuperSport Park Known as Centurion Ground or Stadium.

Therefore, these are the details about SuperSport Park Cricket Stadium Pitch report and Weather.