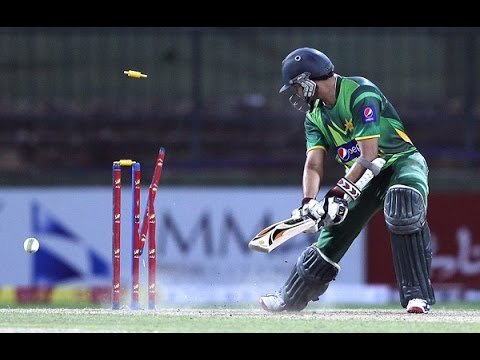 A speed bowler from Pakistan. Although he wasn’t as well-liked as other Pakistani players, his bowling movement and slow ball skills had a large following. One of the best slow balls ever in cricket, the ball completely fooled the batter before turning and hitting the stumps. This occurred in a 1992 game between Pakistan and New Zealand.

He is one of the greatest and slow bowler from New Zealand. Way back in1999 it occured test series between England and New Zealand. Although the batsman was able to block the ball, it struck the stumps and ended his innings. While awaiting a faster ball, this one was misleading and unusable.

He is one of the slow bowler in the History of cricket from English soil. One of the player’s best balls was this one. He had a strong desire for slower balls, and they often appeared unexpectedly during the bowling. He lures batsmen into his trap. This occurred during an England-Australia test series in 2005.

He is one of the death bowler for Indian cricket over the couple of years. When he bowls to the other team, it creates a tremendous impact in bowling. Bumrah excels in testing contests on a completely different level. His most impressive performances and wicket-taking shots came during the test series. This occurred in a test series between Australia and India in 2018. The batsman was completely unprepared to handle that slower ball.

He is one of the legend Fast bowler from Australian Cricket. When he bowls the opposition fears. In blowing at the block hole, he is one of the masterpiece of bowling. With his incredible skills and spirit, he triumphed on his own in several contests. This occurred in a 2005 test series between Australia and England. In the early 2000s, he dominated the matches with his incredible tactics and manoeuvres.