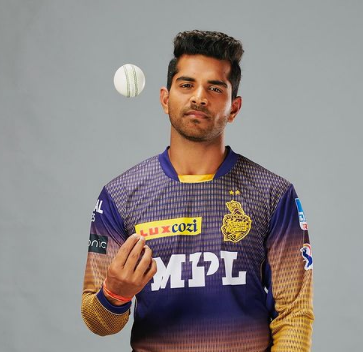 Shivam Mavi IPL 2023 is one of the most important parts of IPL 2023. He has the ability to bowl a power play at the end of the game.

He is one of the most important and highly experienced. Player and he can handle high-pressure situation.

Mavi can bowl slower and create a mark on IPL 2023. Gujarat Titans have spend 6 crore on him in IPL 2023 auction.

Gujarat Titans the defending champion shown a masterstrokes and creates a mark in the IPL 2023 auction.

Gujarat Titans, led by Hardik Pandya, finished their first season earlier this year with a storybook victory over Rajasthan Royals, winning their first championship. The newly established franchise entered the IPL 2023 auction carrying a substantial 19.25 crores in cash. However, the thought tank of the reigning champions kept to wise purchases rather than engaging in bidding wars for some of the most sought-after players ahead of next year’s IPL.

With INR 4.45 crores left over, Gujarat Titans signed all seven players they had bid for while other teams engaged in an unprecedented bidding war for stars like Ben Stokes, Sam Curran, and Cameron Green. They paid the base price of INR 2 crores to acquire the highly skilled Kiwi batting ace Kane Williamson. Their most costly acquisition was the young Indian pacer Shivam Mavi, who cost six crores. Joshua Little, a sensational fast bowler from Ireland, cost 4.4 crores.

Manish Pandey IPL has been sold for DC for Rs 2.40 crore