The Legend Cricketer of Bangladesh, Shakib Al Hasan Hasan. He is the living legend of cricket and is known as the greatest all-rounder of all time. Shakib is the third-fastest all-rounders in the world of cricket who scored more den 10,000 runs in international cricket with 500 wickets in his name. He is also the only player in Bangladesh who achieves the milestone of 500 wickets.

Shakib is not only the greatest cricketer but also the greatest captain of Bangladesh. He is the captain who helped Bangladesh to their most successful cricketing years during his captaincy in the year 2015.

Bangladesh Premier League was inaugurated in the year 2012. Shakib was picked khulna Royal Bengals and appoint him as team Captain. Shakib led the team to semifinals but they lost to qualify for the finals against Dhaka Gladiators.

He joined the Indian Premier League auction in 2009 auction. But unfortunately, any out of 8 Indian franchises don’t select him. Despite being the World’s No 1 allrounder in ODI cricket. After 2years of IPL inauguration, Shakib finally a got place in the Indian Premier League. The Indian franchise Kolkata Knight Riders brought him $4lakh 25 thousand. He made his debut against Rajasthan Royals in IPL. 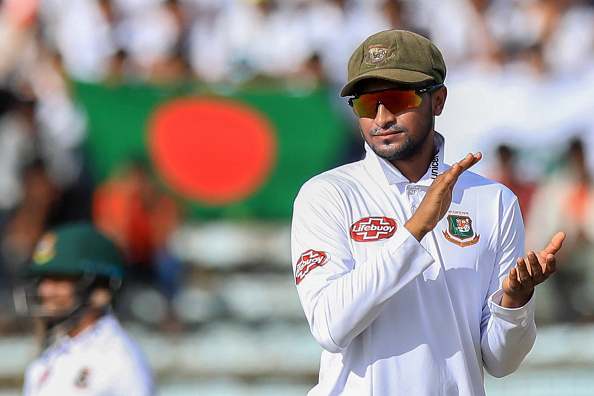 His third Foreign League is Caribbean Premier League, the West Indies domestic league. In 2013 Shakib Al Hasan joins the team Barbados. During the tournament, Shakib makes a T20 wicket record by taking 6 wickets by just giving 6 runs in his 4 overs against Trinidad and Tobago Red Steel.

After two years later Big Bash League, he joins Platinum Players in Pakistan Premier League in 2016. But later Karachi Kings brought him in the same year from Platinum with a $1lakh 40 thousand transfer amount.

In the 34 years old Bangladesh professional Cricketer Shakib Al Hasan made his International debut for his national side in the year 2006 against Zimbabwe. During his first ODI debut match, he showed good performances by helping Bangladesh to win by adding 30 runs for the team. He also took his first wicket in his international career.

Shakib played 195 ODI matches for Bangladesh and scores 5577 runs with a batting average of 35.08. With his bowling Shakib takes 247 ODI wickets with a bowling average of 29.69.

After 2 months of his international debut in ODI cricket. Shakib Al Hasan made his T20 debut in November against the same opponent of his first international debut Zimbabwe. He again shows his good performance with both bowling and batting. As he scored 26 runs and took on a wicket in the match.

After a year later of his debut in the short format of cricket. Shakib Al Hasan made his debut in the Test Cricket against India in the year 2007. During his first test series, Shakib shows a moderate performance as he couldn’t perform well with his bat and took only a wicket in 2nd innings of the Test.

He in total played around 55 Test Matches were he scores more than 4000 runs with a batting average of 39.66. And with his bowling department he takes around 205 wickets with an bowling average of 31.29.

Later in 2007-08 Bangladesh tour to New Zealand for three ODI’s and two-Test series. In the Test, Shakib plays in 2nd innings as he was not picked in the 1st innings. Shakib couldn’t perform well during the test series as New Zealand win the Test series by 2-0. In the following three ODI matches against New, Zealand Shakib shows a poor performance with his bat by only scoring 30 runs in three matches. But with the ball, he shows moderate performance as he took 3 wickets in the series.

Shakib gradually improving as the best all-rounder in cricket from match to match. He is one of the best all-rounders at present in all formats of cricket. In the last month of 2008, Bangladesh went to the Tri-nation tournament. During the campaign, he shows his immense all-rounder talent by performing both with his bat and ball. After the tournament, he becomes the No1 allrounder in ODI cricket as in January 2009 ICC released their new ranking.

The 34-year-old left-handed allrounder Shakib Al Hasan plays his first World cup match in the 2007 ODI World Cup. During his first World Cup campaign, Shakib scores two half-centuries. In total, he scores 202 runs and took 7 wickets in his 9 matches. But Bangladesh lost in the quarterfinal stage against India.

In 2011, World Cup Shakib takes the highest wicket for Bangladesh. As he took 8 wickets in his 6 innings and also becomes the third-highest run-scorer of Bangladesh in the tournament by scoring 142 runs. But the 2011 World campaign for Bangladesh is the worst in history. As Bangladesh got in just 54 runs by West Indies.

During his third World in 2015 Shakib achieve the first player to score 4000 runs in ODI at his first match. Shakib was again appointed as Vice-Captain of the team in the 2019 World Cup. The 2019 World Cup campaign for both Bangladesh and Shakib was good.

As Bangladesh scores their highest ever 330 runs in ODI. Shakib took his 250 wickets in the 2nd innings. After that, he becomes the fastest cricket player to achieve this in terms of innings by taking 250 wickets and scores 5000 runs.

MS Dhoni records as captain, wicketkeeper and batsmen in both International and IPL