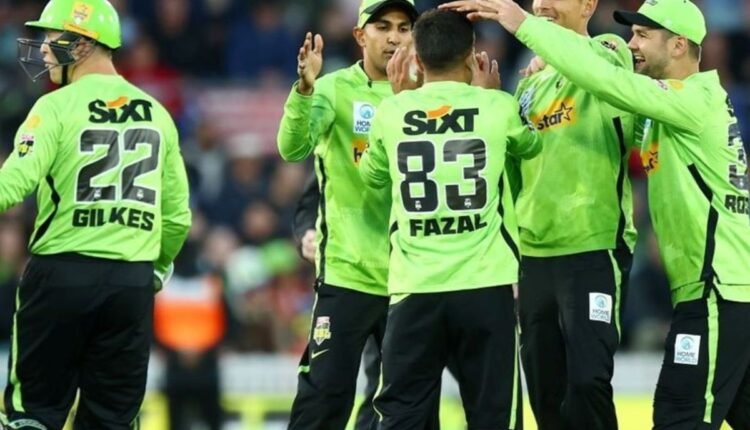 SCO Vs THU: Danial Sams is all set to ruled out due to injury.

The perth scorchers will take on sydney thunder and they will fight with each other on 4th of january 2023. Perth Scorchers look horn as they are one of the favourite for the last games. Because they beat Melbourne Renegades and chase down the target.

While the Sydney Thunder have won 4 games. And they are in a quite simple poition of second place of point table. They will missed out Danial sams for grown injury. Hence they are one fo the talented team to fight with.

Alex Hales: He is one of the talented batsman England have ever produced. The way he bat and keeps the pressure for the opponent and try to win the game. He scored 245 runs in 7 innings with an average of 40.83 with a strike rate of 145.83.

Josh Inglis: He is one of the talented wicketkeeper. For perth scorchers he scored 40 plus runs in the last 5 matches and scored 234 runs with an strike rate of 156. He can smash rain of sixes in the stadium.

Andrew Tye: He is one of the talented bowler he took 8 wickets. In this season he took 13 wickets with an average of 15.07.

In the last three matches pitch have responded well. the average score will be 144 and it will be one of the tough pitch. Both the teams will fired and try to win the game. The bowler will also get much help in the second innings.

Perth scorchers will win the match.