Red bull drama, glory fight, farewell to a legend – what’s still left to watch out for before the 2022 Formula 1 season ends? 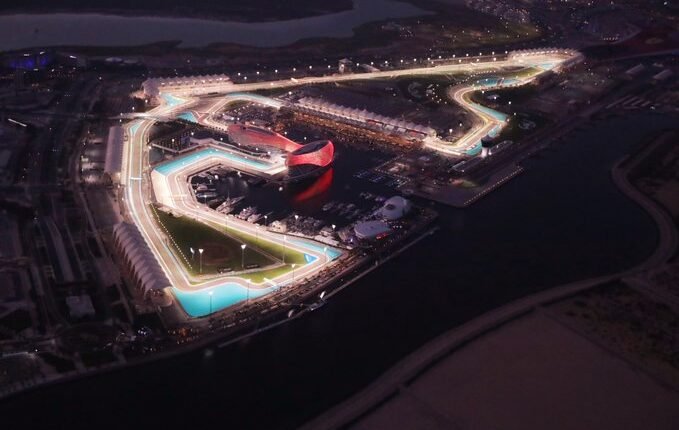 Abu Dhabi GP will mark the end of the 2022 Formula 1 season as we look at what’s still left on the deck.

The 2022 F1 season started with brand-new regulations. The 21-race-long season gave us plenty of entertainment as we witnessed some of the finest dominance of the sport in recent history.

Red bull and Max Verstappen have already clinched both titles. So, the question remains – Is there still left to watch in the final race of the season? And the answer is Yes and a lot is still left.

The fight for P2

The World Drivers’ Championship winner is already decided. So are the World Constructors Champions of 2022. Red bull has won both titles but there is something that the team has never won in its rather incredible history of F1. The team has never had a 1-2 in the drivers’ standings and this year they finally can end this.

Sergio Perez is fighting for the second position with Charles Leclerc. The duo comes in Abu Dhabi with points tied – both stand on 290 points.

Leclerc and Perez both have an equally good chance of clinching the P2. However, at Abu Dhabi qualification position matters a lot, and Leclerc has shown incredibly better performance when it comes to qualifying this season.

The Monegasque seems to have an upper hand going into the race weekend given he has also shown better pace in comparison to Perez all season around. Nevertheless, it will be intriguing to see who clinches the second position.

The fight for P2 might have had a different proposition going into the final weekend given the mess that happened during the Brazilian GP.

Sergio Perez would have come ahead of Leclerc in Abu Dhabi GP had Verstappen given him his place on the final lap. The Dutchman created a rather rift in the team denying Perez his 6th position.

Perez would have two extra points meaning he would have been ahead of Leclerc going into the final weekend. These two points might seem useless but can turn out to be of immense value.

The real reason behind Verstappen denying Perez the place is still unknown.

Nevertheless, the team and the Dutchman have promised to completely support Perez in this last race of the season. It will also be interesting to see how the team recovers from the drama in Brazil. The team has already published an official statement explaining the mistakes made during the Brazilian GP.

Another major talking point of the weekend is the final race of Sebastian Vettel. The German announced his retirement earlier this year.

This will be the last time we will be seeing the legend of the sport driving a Formula 1 car. Everyone in the paddock has already expressed their gratefulness to the departing legend. The German will be organizing a track run on Saturday for the whole paddock.

Also, we can’t forget Daniel Ricciardo who will leave the grid in 2023. The 8 times race winner failed to secure a seat for 2023 and for now, will leave the sport before eyeing a return in 2024.

Also, similarly, Nicholas Latifi and Mick Schumacher have lost their seat for 2023. Abu Dhabi GP will be the final race for these two too before they also try to make a return to the sport.

When and where to watch the 2022 Abu Dhabi GP LIVE?

McLaren unveils a special livery for the final round of 2022