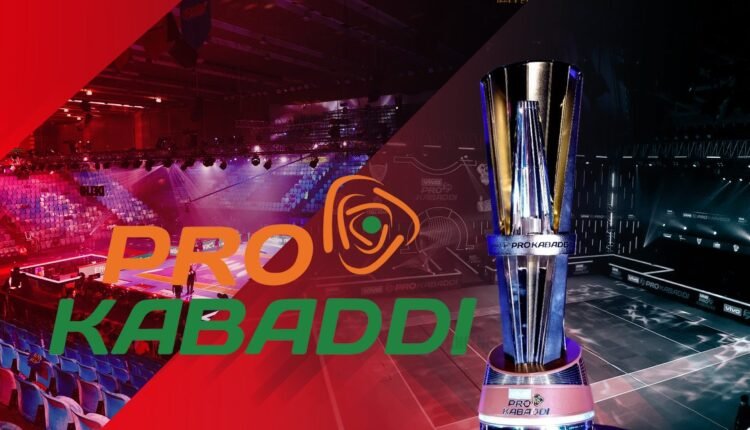 Pro Kabaddi Season 9 top raider is Arjun Deshwal with 296 Points in 24 Matches and his team Jaipur Pink Panthers are the defending champions of PKL [PRO KABADDI SEASON 9] 2022 with the green sleeves worn as the most raid points in the season comprehensively. He is such a young and dynamic raider and only has entered into his 3rd season but his performance reflects that he is such an experienced kabaddi player at a very young age and he is going to be future superstar in the Indian Kabaddi Platform on its own right in a respective procedure.

WHAT ARJUN DESHWAL DONE DIFFERENT THIS SEASON 9 THAT HE HAS BECOME THE TOP RAIDER ?

In this recently concluded season 9 Arjun Deshwal bagged 296 raid points because he has not done anything different but he sticks to basics and display his raiding skills to deceive the swarm of defenders and had escaped out to fetch multi-point raids for the betterment of their team [Jaipur Pink Panthers]. His stamina, speed, agility, confidence, courage and made strategical changes to implement his skills like- gone for fake bonus and then he had toe touch, move swiftly in the struggle for significant execution of hand touch, execute kick and bonus raid points with pin-point accuracy, precision and excellent judgement as a one-many army across whole tournament systematically and fruitfully. This complete variation of skills in much more increased manner has made him a complete player [Raider] and this has led to the top raider with most points in PKL [Pro Kabaddi Season 9] substantially.

WHAT HIS QUALITY EXHIBITS IN THIS SEASON TO MOVE TOWARDS ACHIEVING THE PATH OF GOOD TO UPCOMING SUPERSTAR RAIDER IN INDIAN KABADDI?

His main quality i like in this just completed season that how he has turned-up in pressure situations of closely-fought matches [Crunch Games] in PKL 9 because every match in PKL 9 season was so close and nail-biting also cliffhanger. But he had maintained his cool, calm and composure while raiding has made him more special, different and increased his quality significantly. his speed, endurance, enhanced stamina, escaping skills like Jump, use the lobby for escape for saving from dash skill of defender has made him more dangerous and effective, grit, confidence, courage, daring, game-awareness, reading the match-situations, balancing the approach between attack and defence as a young kabaddi player makes him match-winning raider for his team and for Indian Kabaddi Structure which roots are very robust in this respective nation.

So, these are various and several qualities which i have mentioned above exhibited by him in this just concluded season of PKL 9 [Kabaddi] increases his value in this kabaddi platform and move towards becoming the future superstar of Kabaddi in a solid and notable manner.

In Future, whole world will notice him in the field of Kabaddi [Arjun Deshwal] the rising star and future superstar of Indian Kabaddi with respect and humility in a tranquil, elegant, simple, basic, beautiful, amazing and humble manner or fashion effectively.