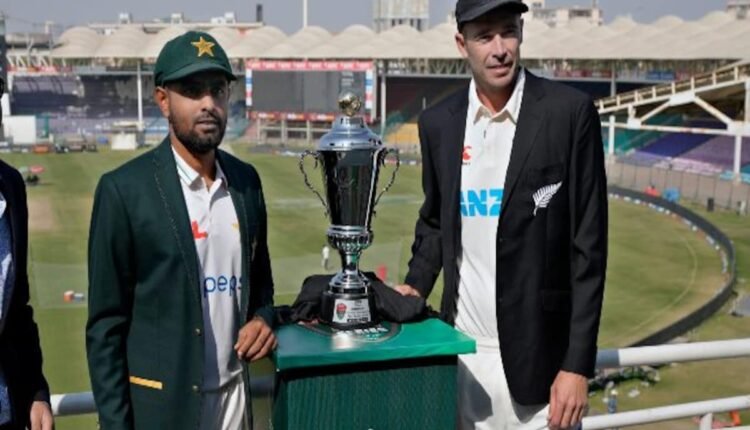 PAK VS NZ: AS New Zealand will play Pakistan in the second Test match on January 2, 2023.

As Pakistan will face the 2nd Test match against New Zealand, starting from 2 January 2023. It will be one of the most amazing fight for both the teams and they will fight with each other.

The pitch of this stadium is very much different and both New Zealand and Pakistan. It will get help with bat and ball. Hence the track is very much bouncy and if the test match goes til, fifth day then the match will get into draw as we have seen in the first test.

Both the top players like Kane Williamson and Babar Azam will very much liking this track. On this track 47 matches were played till now. The team batting the first 7 matches won, and the team bowling first the team has won 19 matches. The first innings score is 307 runs and the second innings scored is 336. The highest score on this ground is 765 loss of 6 wickets,while the lowest total is 80 loss of 10 wickets.

New Zealand have strong team and by which they can fight with Pakistan and can also win the match.

Pakistan will try to win with this team, and they will fight back against New Zealand.

In the first test went for a draw, but on the second Test New Zealand will win the match against Pakistan.

ARSHDEEP SINGH IPL INFORMATION ABOUT HIS TEAM AND PERFORMANCE.