IPL Mega Auction 2022: Where to Watch Live Telecast of Auction

This year, the IPL Mega Auction 2022 will see 10 teams participating instead of 8. This is a big change for cricket fans who have been waiting for this since the last IPL. The tournament will feature 74 matches.

In the IPL Mega Auction 2022, there will be 10 teams instead of 8. The tournament will feature 74 matches.

An official video has been shared on the official Twitter handle of the Indian Premier League. The video has confirmed the match time and includes two new teams. Prior to this, 74 matches were organized in IPL 2011.

The IPL Mega Auction 2022 will be live telecast on Star Sports Network, while live streaming will be available on Hotstar. There will be 10 teams this year, including Ahmedabad and Lucknow Supergiant. 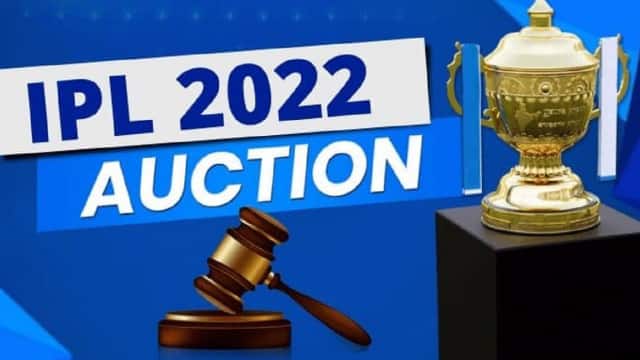 There were 1217 registered players for the Auction. Out of that number, 590 were shortlisted, as are 228 capped players and 355 uncapped players. Seven players are from associate countries.

Players that are brought before the IPL Mega Auction 2022

As for the Captains, the Ahmedabad team will be led by all-rounder Hardik Pandya; at Lucknow Supergiants it will be KL Rahul. The Lucknow Supergiants had previously given Marcus Stoinis and leg-spinner Ravi Bishnoi a shot before the auction. Hardik has been joined by Rashid Khan and Shubman Gill for Ahmedabad.