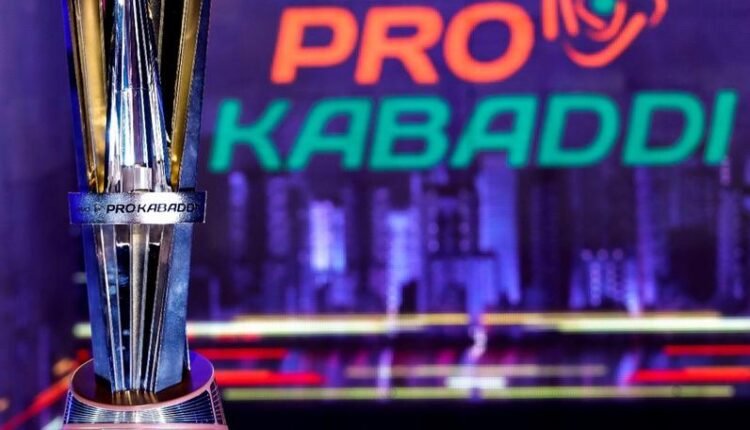 Pro Kabaddi League is the popular and liked across the world tournament of kabaddi. Watch Pro Kabaddi Live free on Hotstar App after taking subscription and Star Sports Network respectively [Most Famous League] [PKL]and has large fan base and following. This PKL [Pro Kabaddi League] has completed 9 Seasons till today with most successful teams are:- Patna Pirates and Jaipur Pink Panthers has won 3 times and 2 times champions and previous 1 time champions are U Mumba, Bengaluru Bulls, Bengal Warriors and Dabang Delhi K.C..

PKL is most successful league after IPL, EPL [English Premier league in the field of football] and ISL [Indian Super League of Indian Football administration], This respective competition get splendid recognition across nation and globe widely. Watch Pro Kabaddi Live Free on Jio TV also and PKL has kicked off from 2014 with 8 Teams and now this League broadens the base from 8 to 12 teams immensely because of their admiration and increased support through digital media across the nation in several states [region-wise] as a collective unit in 2022.

POPULARITY OF PKL [PRO KABADDI LEAGUE] HAS COMMENCED FROM SEASON 1 IN 2014 AND HAS BECOME A MAJOR BRAND AND SYNONYM OF KABADDI TILL SEASON 9 IN 2022.

Time by Time the League has grown up and has become more popular, intense, mature and tactically oriented with the players be more intelligent, match fit, skillful and Match aware on Mat.

This tourney expands the whole kabaddi fraternity and because of this PKL the unmatched and solid talented pool of players including host of new raiders and new defenders also plenty of all rounders in the new era of this specific sport [Kabaddi] get an opportunity to display his skills significantly and to strengthen our robust Indian Kabaddi Structure and India with more authority and grit to rule the roast of this sport for long time in a fruitful, substantial and rational procedure or fashion solidly also this gives the platform as a young unknown or known kabaddi player to perform well and make their name with hardwork and pride. So this PKL [Pro Kabaddi League] enriches our Kabaddi structure credibly.

The several and different mediums of PKL Live for free are:- Hotstar which is digital platform also known as [OTT Platform which needs only subscription to watch the live matches of PKL very easily], Jio TV is another digital platform or forum which is use for accessing and watching live matches of PKL smoothly, You can watch in Mobile and at Smart TV from these OTT apps [digital horizon] and increases the familiarity and popularity of PKL simultaneously. In normal television set-up box [DD Free Dish] You can watch and enjoy also catch the whole action and coverage of every Live PKL Matches from 7:30 PM Onwards only on Star Sports network for free in much more broad and enhanced way. So, these are various mediums you and everyone can watch and follow PKL live matches of every respective season regularly, effectively and transparently for free and fair.