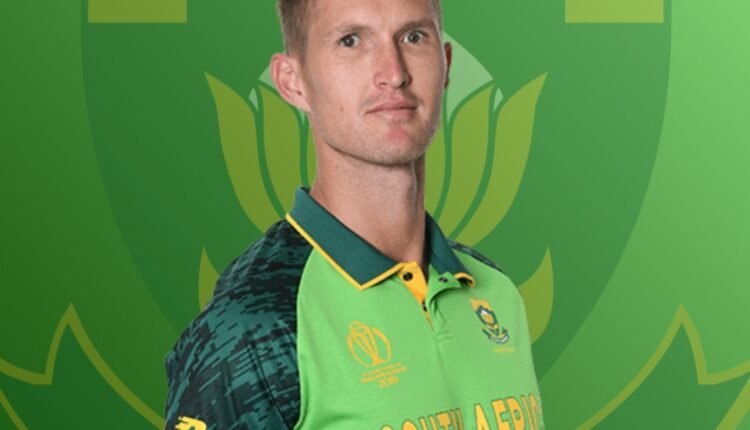 South African player Dwaine Pretorius retires from international cricket. He is one of the most talented players South Africa has ever produced.

Over the years one of the greatest player had create a mark in International Cricket. He creates a space and take wickets and create a pressure for the other team.

In 30 T20Is, 27 ODIs, and three Tests. Dwaine Pretorius has earned 60 caps for South Africa in all three formats. In the international setting. Pretorius demonstrated his skill with both the bat and the ball, amassing 1895 runs and taking 77 wickets across forms.

With nine wickets in the five games of the T20 World Cup in the UAE. He finished as the joint-highest wicket-taker for South Africa. He won the Player of the Match award in South Africa’s match against Sri Lanka in the 2019 50-over competition with a score of 3/25.

In Test Cricket Dwaine Pretorius have given 252 runs and took 7 wickets. In 3 matches and 6 Innings his economy is 3.15 he is one of the amazing bowler.

He Took one five wicket haul Against Sri Lanka 5/17 and now only 33 years old he retire from International cricket.

Few days ago, I made one of the toughest decisions of my cricketing career. I have decided to retire from all forms of international cricket.

“Growing up, my only goal in life was to play for the Proteas. I didn’t know how it was going to happen, but God gave me talent and a serious will to succeed. The rest was in his hands.

“I am shifting my focus to T20 and other shorter formats for the rest of my career.”

“All the players I have played with and against over the years you have had an impact on my career. It’s so difficult to highlight only one or two because there are so many players that had an impact, but I can mention a few I was fortunate to spend a lot of time with:

“A special mention goes to Faf Du Plessis, who brought me back after being let go from the international side the first time and who backed me and helped me become a better player; thank you.”

“I leave the Proteas team knowing that every time I stepped on to the field, I gave everything I had in me. From playing with broken toes, fingers and torn muscles, to carrying drinks, team meetings and helping other players wherever I could. It has been a blast.

“Thank you to all the fans for your support and love -you made it extra special.” statement Input from ICC official page credited.