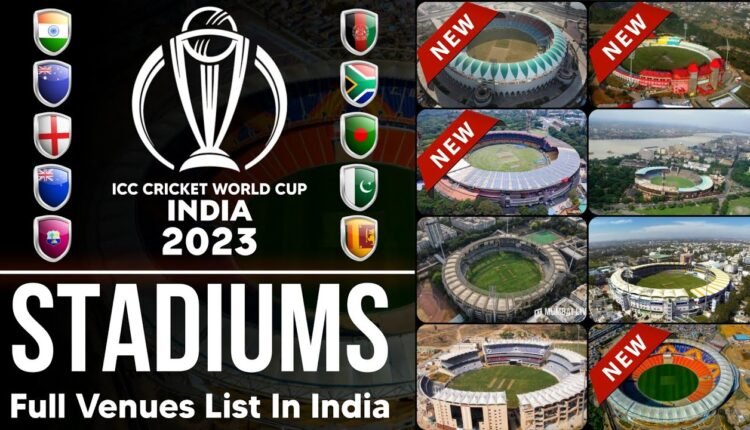 ICC Cricket World Cup 2023 stadiums of India will use for the smooth conduct of whole World Cup because India has the hosting rights for this World Cup which will commence from the month of October till December. This functioning of tournament displays that each team will play 9 matches in the format of Round-Robin and Knockout like in previous edition of World Cup [2019 World Cup] held in England.

The qualification of this tournament according to the ICC has Initiated the points system through organizing the concept of ODI Super League like tournament in which India has automatically qualified for World Cup 2023 because they are hosts and other cricketing teams who finishes with more than 110 Points and top 8 are ready for direct qualification for World Cup 2023 in India including India and each team bags 10 Points for a win, 5 for a tie/no result/abandoned matches and 0 for loss comprehensively. But the teams finishes below 8th position and get less than 110 Points will play qualifiers comprising of 10 teams from 18th June till 9th July 2023 in Zimbabwe and then qualified for World Cup 2023 significantly and respectively.

CURRENT STANDINGS OF ICC ODI SUPER LEAGUE 2021 TO 2023 WHICH IS HELPFUL FOR QUALIFICATION DIRECTLY TO CRICKET WORLD CUP 2023 ARE:-

CRICKET WORLD CUP 2023 WILL COMMENCE IN INDIA AND CONDUCT IN WHICH STADIUMS ARE:-

GOD of football all time In World