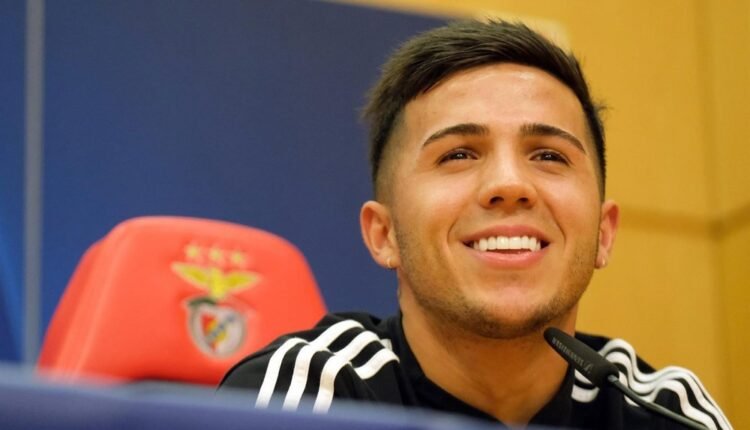 Chelsea is reportedly ramping up their efforts to acquire Argentine midfielder Enzo Fernandez in the January transfer window. This comes after Fernandez had a standout performance at the World Cup in Qatar, leading to interest from Chelsea, Liverpool, and Manchester United. Benfica, Fernandez’s current club, is said to be searching for a replacement for him as a result of the transfer speculation. Despite only signing with Benfica less than a year ago, it is possible that Fernandez could be on the move in the near future.

Fernandez, who was acquir by Benfica for a relatively low price of £10 million, has made a strong impression for Argentina in his starting role and has attract attention from top European clubs seeking to sign him. Benfica, aware of the potential departure of their standout player, has reportedly started searching for a replacement and has identified Carlos Alvarez from Racing as a potential option. Additionally, it has been report that Chelsea has travel to Lisbon to discuss a deal and express their interest in Fernandez.

Read More: Is Messi the GOAT?

Is Enzo Fernandez gone to Chelsea?

According to Pedro Almeida, a large offer of approximately £88 million plus an additional £8.8 million has been made to bring a star player to the SW6 team in January.

The Chelsea club is currently working with a revamped recruitment department, including Christopher Vivell, Paul Winstanley, and Kyle Macaulay, with Joe Shields and Laurence Stewart joining in 2023.

This team has been give the task of overhauling the squad in January and also implementing a larger project in the summer.

In the winter, a midfielder is a key position that needs to be fill and it may require paying the €120 million (£105 million) release clause for Fernandez. The goal is to hold onto him until the summer, but his recent rise to prominence has increased the likelihood of something happening sooner. Similar to the way Chelsea has made quick moves on deals in the past year, there is a possibility that this deal could also progress quickly.