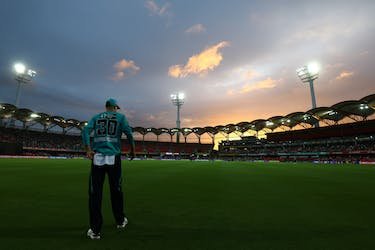 The revamp is a part of a new seven-year domestic broadcasting contract Cricket Australia has with Foxtel Group and Seven West Media.

The lesser BBL content of the new agreement, according to CA, allows for more player availability, a higher percentage of prime-time games, and a stronger synchronisation with school breaks.

The BBL expanded from the initial 43 games (including three post-league contests) in the 2017–18 season to 61 games, along with a playoff series of five matches.

The length of the event has drawn criticism because the best Australian players. For the national team hardly ever played in the domestic T20 league.

Although several foreign players will go for the SA20 and ILT20 competitions. David Warner (Sydney Thunder) and Steve Smith (Sydney Sixers) will compete in the league’s ongoing season. After the New Year’s Test.

The league hopes to avoid that with the change in the upcoming seasons. The new broadcast arrangement, worth AUD 1.5 billion. and reached and will last from the middle of 2024 through the end of the season in 2030–31.

In 2018, Seven and Foxtel paid AUD 1.18 billion to acquire. The current six-year contract, displacing the Nine Network, which had held the rights for a little over 40 years.

Nevertheless, Seven and CA have been at odds over programming since 2020. And the broadcaster plans to end the current contract. To that end, Seven filed a lawsuit in June before the Australian Federal Court. As part of the agreement extension.

which now extends until 2031. The Seven also pledged to discontinue using CA because to the perceived reduction in quality in the BBL.

The country’s domestic T20 league Seven revealed on Tuesday. That it would pay AUD 65 million yearly under the new deal A13% reduction from the prior one. And that it would save AUD 50 million in cash overall due to lower fees and operational costs.