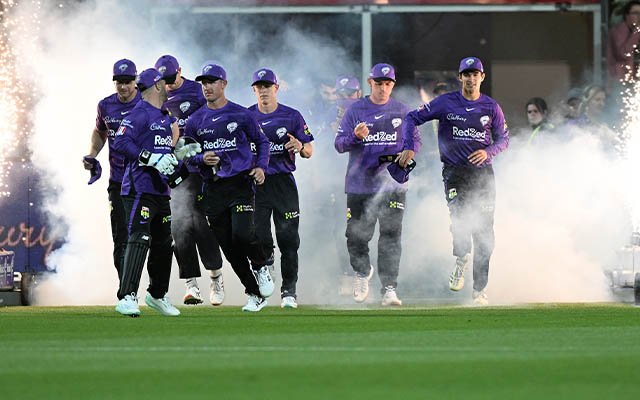 BBL 2022 Match 26: As the Hobart Hurricanes and Adelaide Strikers fight back. It will be one of the exciting matches set to take place on Monday at Bellerive Oval in Hobert.

The Hobart Hurricanes and Adelaide striker one of the fighter. In the recent matches, Adelaide striker is one of the Favourite. They know how to bounce back and win the game. These two teams will fight back with each other and they know from which point they can take the game.

Player like Matt Short and Henry Thornton is one of the top player and they know to tackle the situation. Hence, it will be one of the top game which will start on 2 January 2022.

Hobart Hurricanes is one of the amazing team and can fight with this team.

Adelaide Strikers is one of the amazing team and can win the matches.

The Bellerive Oval will be a better batting track. They will get help if they bat first and it is one of the most amazing environment. Meanwhile, the bowler will also get help but they have to create the situation so that they can get wickets.

He has played 4 matches and scored 168 runs with an average of 42.00. he is one of the talented and high-scoring player hurricanes have. When he comes out to bat, he knows from which situation he can take the match and he can also create short of any situation.

In 6 matches, he scored 173 runs with an average of 28.83. He is one of the talented player Australia has ever produced. The way he bat and creates a situation to destroy the bowler with a rain of sixes. If the team has any kind of situation, he can speed up soon with big scores.

In 5 matches, he took 7 wickets with an average of 20.57. he is one of the talented all-rounder and also delivers brilliantly.

He is one of the destructive bowler, and he can create situation and take wickets. In 6 matches, he took 5 wickets with an average of 22.40. He is one of the amazing bowler.

Hobart Hurricanes are all set to win the matches.