The Asia Cup was first played in the year 1984, and this year marks its 14th season. In the year 1984 United Arab Emirates hosted the tournament, and the event follows the One Day International format. The Twenty20 format was introduced for the first time in 2016.

In response, the Asian Cricket Council stated that One Day Internationals and Twenty20 matches will alternate, along with the Asia Cup winners list for 1984 to 2022, along with the winning captains and prizes.

The 15th edition of the Asia Cup is scheduled for 2022 in Sri Lanka. This will be Sri Lanka’s fifth hosting of the event. Originally, the tournament was scheduled for September 2020, but that plan has been rescheduled.

Due to Covid-19 Pandemic, the season was postponed to 2022. Many international and domestic cricket tournaments were called off in the wake of the outbreak. Therefore, cricket fans are anxiously awaiting the start of the upcoming Asia Cup season.

Most successful Team in Asia Cup

The final match of Asia Cup Season 14th was played on 28th September 2018. India defeated Bangladesh by 3 wickets to win the tournament. Shikhar Dhawan was awarded Man of the Match for his noteworthy performances during the tournament. 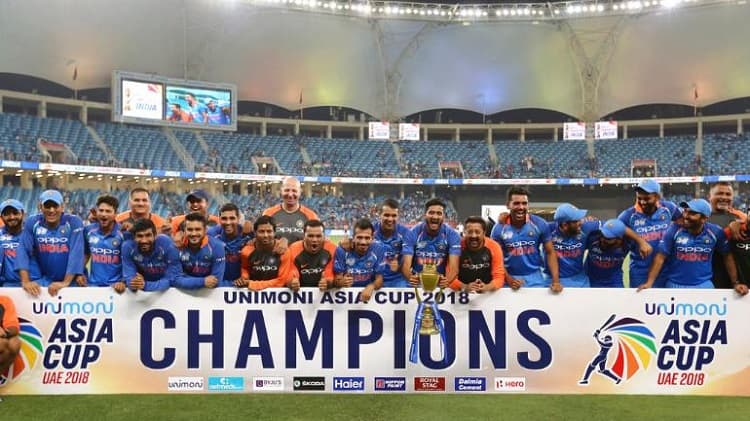 Fans look forward to the upcoming season of the Asia Cup because the format offers many thrilling moments to fans. India won the 1st Twenty20 Asia Cup played in 2016.

The Asia Cup started with three participating teams, namely Pakistan, Sri Lanka, and India. India defeated both teams and went on to win the inaugural season. India was the most successful team with seven titles.

The three most successful Asia Cup teams are Pakistan, Sri Lanka, and India. Following India Sri Lanka has won five Asia Cup titles. So check it out the complete Asia Cup winners list from the start of the season.