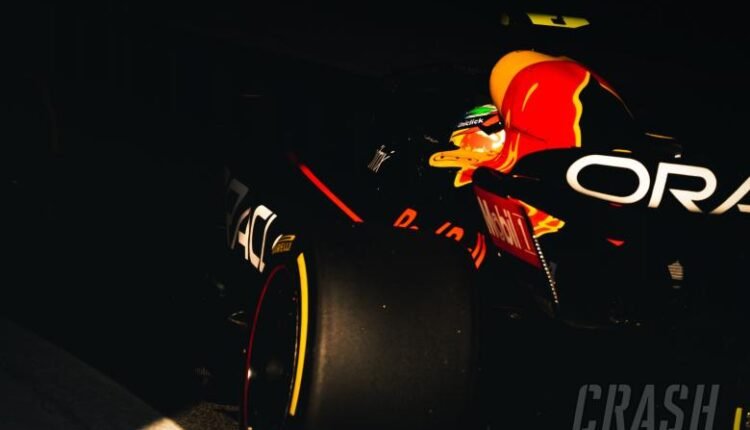 The 2022 Formula 1 season came to an end at a packed Yas Marina circuit as Verstappen triumphed again at the 2022 Abu Dhabi GP.

Formula 1 returned to the Yas Marina circuit for one final round of the 2022 season. As the sun set on the track of Yas Marina, there was still a lot left to figure out in the final race of 2022.

As the lights went out for one last time in 2022, it was once again Max Verstappen who showed another remarkable drive. Something we have seen throughout the 2022 season.

Here is how things unfolded at the 2022 Abu Dhabi GP.

This year, Max Verstappen and Red Bull have been on another level. The Dutchman has been unstoppable this season and went on to clinch his 15th win of the season in Abu Dhabi after a rather disappointing weekend in Brazil.

Verstappen started on pole after a brilliant qualifying session on Saturday. The two-time world champion had a good getaway as the lights went out as he defended again his teammate Sergio Perez in P2. From there, the 25-year-old held the lead easily without any tough challenge from behind.

Leading comfortably, Verstappen completed the 58 laps taking the chequered flag and extending his record-breaking runs of victory this season to 15. After the race, Verstappen commented:

“It was a good race – it was all about tyre management. I think we looked after the mediums quite well and then on hard tyres, I was literally managing from Lap 1 to the end. Incredible to win again here and the 15th win of the season is unbelievable.

The main talking point of the Abu Dhabi GP was the competition for P2 in the championship standings. Both Sergio Perez and Charles Leclerc came to Yas Marina level on the points (290).

Perez seemed to have an edge over Leclerc after a brilliant qualifying session which put him in P2 on the front row just ahead of his rival Leclerc in P3. Moreover, throughout the weekend, the pace of that red bull looked superior to the Ferrari.

However, not all things went the way of the Mexican racer during the race. Starting P2, Perez did a good job defending the position from Leclerc. However, the strategy did not suit Perez well.

Perez went for a two-stop strategy after holding on to P2 for more than half of the race. However, Leclerc opted to stay on a one-stop strategy. In the end, fights with Hamilton and Gasly cost Perez a little too much on time the 32-year-old fell almost 1.3 seconds short of the Monegasque.

Thus, Leclerc secured P2 in the race and the championship standings as Perez completed the podium with his P3 in both.

The Abu Dhabi GP was the last race for the time for multiple drivers. Regardless, it was the final time we saw a legend race on the track in a Formula 1 car – Sebastian Vettel.

Vettel came prepared for one final Lights Out of his illustrious career. The 4-time world champion ended the race in P10 scoring his final points in F1.

Vettel later showcased the traditional and iconic final race donuts after the race in his Aston Martin. The showcase left a bittersweet taste in the minds of fans. The grid paid an emotional goodbye to the legend as Vettel was also voted the driver of the day by a humongous voting percentage.

Meanwhile, Nicholas Latifi and Mick Schumacher had a collision in the race. The duo will also be leaving the F1 grid in 2023. Although the next step for both of them is not sure yet, it seems Schumacher will end up as a reserve driver for Mercedes.

Daniel Ricciardo will also be saying his goodbye to the sport for the time being. The Australian has plans on returning to the grid in 2024. For now, it seems Ricciardo is returning to his old team red bull as a reserve driver.

The final piece of the 2023 drivers puzzle is now filled.

Winless Hamilton calls 2022 season as ‘one of the worst’